Shipman's Fire Equipment strives to offer our valued customers the best equipment at the best prices. We understand that in some cases, a competitor may advertise a lower price. If you find an item available from Shipmans.com, but priced lower than our advertised price, simply contact us and we will look to match or beat it. 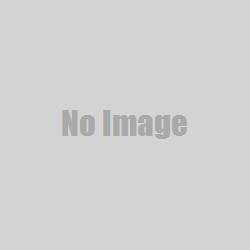 The First Alert Combination Smoke and Carbon Monoxide Alarm with Voice Location detects both smoke and carbon monoxide. It is a wireless-enabled battery-operated detector that features an 85-decibel siren plus a voice alarm to let you know where the danger is. This technology allows other compatible First Alert wireless enabled alarms located in several areas of your home to communicate with each other, alerting you to a problem early even when it�s on another floor. The smoke and carbon monoxide detector features a photoelectric smoke sensor and electrochemical carbon monoxide sensor.

The First Alert Combination Smoke and Carbon Monoxide Alarm makes it easy to install multiple alarms around your home or office to create a safety network of detection. The wireless alarms communicate with each other through a radio frequency, so when one alarm sounds, all of them sound. Earlier notification of danger means you escape sooner.

The battery-powered Combination Smoke and Carbon Monoxide Alarm requires no wiring to install. Simply put two AA batteries into the detector and mount it on any wall or ceiling. A low battery light and chirp sound will let you know when the batteries need to be replaced. A one-touch button silences false alarms and allows you to test the smoke and CO detector for functionality each month.

The Combination Smoke and Carbon Monoxide Alarm uses an advanced electrochemical sensor to detect carbon monoxide leaks from multiple sources, including faulty fuel-burning appliances. A photoelectric sensor is designed to detect the presence of smoke, while minimizing false alarms from cooking smoke and shower steam. The voice alarm, as well as indicator lights on the front of the detector, identifies threat and where it is located.