All about Shipman's Fire Equipment

Shipman’s originally began as a side business for New London Fire Department Chief, Thomas Shipman. He would fill extinguishers and a limited amount of equipment to local fire departments, first out of his home and then from a small storefront in New London.

In 1956, Chief Shipman suddenly passed away and his family sold the business to Samuel Wallace for $3,000. Sam, who worked at Pfizer, was a firefighter and judge for the Town of Waterford. He and his son, Ernest (Ernie) who was in high school, worked tirelessly to grow the business. Eventually Shipman’s relocated to a larger storefront in New London, before finally settling in Waterford on Cross Road. It was during this time that Sam’s daughter, Joan also worked as bookkeeper for the company. As Sam neared retirement age, Ernie settled in as CEO of Shipman’s, having learned the ins and outs of the industry since he was a teenager. It was during Ernie’s tenure that the business saw its most growth, taking on more premier equipment lines, expanding territory and growing into the business that it is today.

In 1994, Shipman’s moved “down the road” to the spacious and updated facility where it is located today. The company continued to grow, adding a 3M™ Scott™ Fire & Safety Sales and Service Department, an Apparatus Service Department, a Compressor Department and a Holmatro Rescue Department while continuing to sell equipment and service fire extinguishers—which is where it all started. 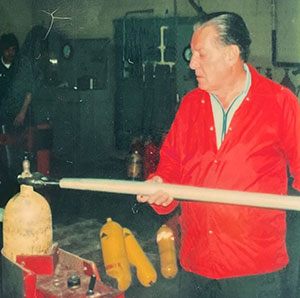 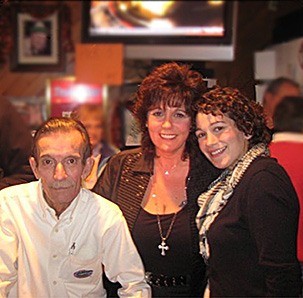 Ernie passed away in 2010, leaving the company to his daughter, Chrissy and her mother, Lorraine. With a solid team in place and strongly established relationships with both customers and vendors, Chrissy and Lorraine have been able to carry Shipman’s into the next generation.

We are third-generation, family owned and operated business, that truly cares about its customers. Shipman’s was founded by a firefighter, grown by firefighters and continues to have both current and past firefighters as part of the team. We are proud to be able to serve first responders in New England and are grateful for the trust they put in us everyday!

The company proudly represents the finest manufacturers of equipment and supplies that have been specifically designed to meet the stringent requirements and demands of the fire service and industrial and business communities. Specially trained outside sales personnel service customers in the three-state region. Sales personnel provide technical pre-purchase assistance, demonstrations of new products, and training related to all equipment sold in addition to meeting traditional marketing and after sales needs of the consumer. Shipman's is a full-service distributor of over 1,600 fire equipment and safety products, including self-contained breathing apparatus, protective clothing, fire hose, nozzles, foam, fire extinguishers, compressors, hydraulic rescue tools, ladders and much more.